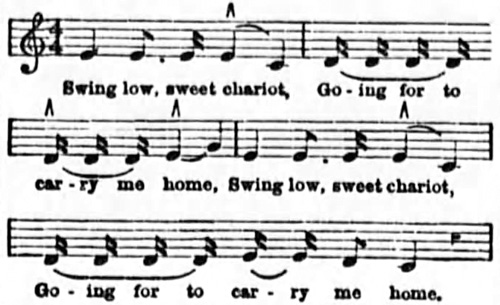 Fifty years ago today we lost the biggest entertainer in the world, Sonya Kalish Abuza, a.k.a., Sophie Tucker. A veteran of the stage, screen, and phonograph, her sixty-year career began during the era of Edison’s wax cylinders, spanned the era of the microgroove LP, and concluded at the time the Beatles were beginning their “mature” phase. By the time she got sick in late 1965, Tucker was seen by the youth as a relic of their parents’ generation, but her appearances on Ed Sullivan and the omnipresence of her Mercury LPs and her autobiography, Some of These Days, meant she was never out of sight and was a force to be reckoned with one way or another.

The BBC has put together an appreciation that you can read and listen to here: http://www.bbc.com/news/magazine-35505532. We were interviewed for the piece and are happy to report that presenter William Kremer did a nice job. One key theme he emphasized was race relations. The two incidents repeated here are her promotion of songwriter Shelton Brooks and her defense of Bill Robinson, the dancer known as Bojangles. The story about Brooks goes this way: Sophie’s maid was friends with Brooks and sought to get him an audience with her employer. One night she sneaked him into Sophie’s dressing room, where he presented her with his new song, “Some of These Days,” which went on to become her signature piece. That must have been about 1910. The other story involves a party Sophie threw for her sister in the ’20s at a fancy hall in New York: when the doorman insisted Robinson could only enter through the back door, Tucker declared the front door to be closed and marched everyone through the back door.

END_OF_DOCUMENT_TOKEN_TO_BE_REPLACED

Black History Month got off to a good start for lovers of acoustic sound when Vulture named “The 100 Jokes That Shaped Modern Comedy” this week. There in pole position was “Nobody” by Bert Williams from 1906. The compilers note that they weren’t looking for “one-liners” necessarily, as much as for “a discrete moment of comedy.” They contend that Bert’s performance of “Nobody” gains its power from the tension between its upbeat musicality and its mournful lyrics. It seems a stretch to call the music “upbeat”—it’s fairly doleful throughout—but we’ll grant that the chorus has a certain whimsical flavor that adds irony to Bert’s lament. Of course, the biggest musical joke in the piece lies in the trombone swoops that imitate human wailing.

The label for the 1906 recording of Nobody (Archeophone Records Collection)

Vulture got it right by saying it’s the self-deprecation of the unfortunate loser that makes “Nobody” so funny. The fact that a black man would give comedic voice to his trials and tribulations, the indignities and put-upons suffered at the hands of others really was revolutionary. Williams was the highest paid African American (well, Caribbean by birth, actually) in show business and had more leeway in what he did on stage than others who looked like him. When he spoke-sang the words of “Nobody”—when he made those irresistible mugging faces and did his shuffling dance—he worked his way with laughter into the hearts of white Americans who may not have thought much about social equality. Lots of other people recorded the song—from Arthur Collins to Johnny Cash—and those versions aren’t as funny as Bert’s.