In our last installment, we gave you a taste of what is coming on our double-CD overview of the career of bandleader Joseph C. Smith and his Plaza Hotel outfit. Today we’re publishing the full playlist and giving you one of the songs that didn’t make the final cut.

Smith made his first recordings on September 25, 1916—four tracks, two of which were issued and two that were rejected. Both of the accepted takes are here, 10-inch “Money Blues” and 12-inch “Songs of the Night.” Then, in January 1917, he began a rigorous recording schedule that, with the exception of the first few months of 1918, didn’t let up until March 1922. Then he jumped labels and had sporadic recording dates through about March 1925, his final session.

END_OF_DOCUMENT_TOKEN_TO_BE_REPLACED

For you lovers of physical media, we want to tell you that our next CD, Dan W. Quinn’s Anthology: The King of Comic Singers, 1894-1917, will be released next Tuesday, June 16, 2015. It’s a beautiful digipak edition with a 52-page color booklet that will be offered at a discounted price for the first couple of weeks, so strike while the fire’s hot!

Our next project, slated for later this summer, is Songs of the Night, a two-CD overview of Joseph C. Smith and His Orchestra. With 47 songs from 1917 through 1925 provisionally lined up, this represents about a third of Smith’s complete recordings.

Smith is one of those guys that we regularly get requests for. Fans who love the dance music of the 1910s and 1920s regard him as one of the most seminal figures of the American dance scene—a consummate professional and an innovator at the same time, one whose time in the spotlight was too brief, owing to the winds of fickle postwar fancy.

END_OF_DOCUMENT_TOKEN_TO_BE_REPLACED

The Beatles’ Sgt. Pepper’s Lonely Hearts Club Band was released on June 1st, 1967—or was it the 2nd? I seem to recall that it came out at midnight on the 1st, which means it was really the 2nd. Either way, it was this week, 48 years ago.

Adding in the 20 years it had been since the esteemed band leader educated his personnel, it’s actually been a total of 68 years—this week—since Sgt. Pepper taught the band to play. How McCartney was able to pin down the actual day of instruction is a mystery; I’m sure some researchers and genealogists out there would like to check his sources.

We were talking about this subject last week at the annual conference of the Association for Recorded Sound Collections (ARSC) in Pittsburgh with our friend, Elijah Wald, author of How the Beatles Destroyed Rock ‘n’ Roll. If you haven’t read that book, don’t worry, it’s not a screed against the Beatles: Wald’s argument about the mop tops is that they destroyed “rock ‘n’ roll” and gave birth to “rock”—the version of popular music centered more on enjoying medicinal herbs and listening to concept albums and less on dancing.

But the book is much more: it’s a treatment of popular music through the entire 20th century. One of the most brilliant things Elijah does is to schematize the difference between a “standard” and an “oldie” (he claims not to have invented the distinction, only to have discussed it). A standard is about the song, an oldie is about the record. Unsurprisingly, we find most standards before the advent of rock and most oldies after the emergence of rock.

The other thing we find in the rock era is a turn toward artistic personalities and their craft. After Buddy Holly, a self-respecting rocker wouldn’t be caught dead singing other people’s songs (with maybe an exception here or there). You had to write and perform your own songs and create a unique, unrepeatable body of work. Somebody sings or records your song now, and it’s a lowly “cover.”

Contrast this to the beginnings of the industry, all the way through the early 1950s. If there was a hit song in the air, all the labels wanted to have their own version on the market—fast. And looking back on those songs today–the standards—we may prefer one or another but also don’t feel obliged to call one “definitive” over another. Aren’t there many great readings of “St. Louis Blues”? Which one is best? Marion Harris’ version? Bessie Smith and Louis Armstrong’s? How about W. C. Handy’s version of his own composition? We don’t need to choose. Not so with “Sgt. Pepper.” Anyone other than the Beatles doing it is going to sound silly.

END_OF_DOCUMENT_TOKEN_TO_BE_REPLACED 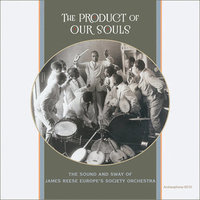